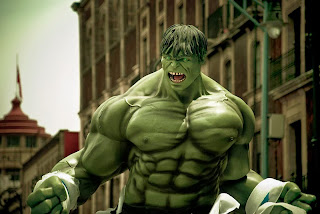 
Our duo record the last show of 2013 and cover Mark Waid and  Leinil Francis Yu on story and art for the first four issues Indestructible Hulk issues 1 through 4.


Dad breaks down his take on the Hulk and how “scary” he appears.


Dad admits he would not want Bruce Banner as a boss.


Patrick tells Dad some Hulk history and Dad is bored to tears.


Patrick and Dad discuss stand alone issues VS “writing for the trade”.


Elseworlds and Soviet Superman is previewed for next week.


Patrick and Dad discuss Metro Detroit New Year’s tradition of firing guns off to ring in the new year.  Patrick wants to know if this is a regional tradition, much like Devil’s Night in Detroit, when on the Halloween eve Detroiters traditionally burn down houses in celebration of the holiday.

email the show makedadreadcomics@gmail.com
Posted by Patrick at 8:51 AM No comments: 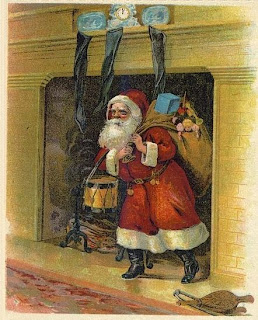 Patrick and Dad sit down after opening some gifts and arguing about who has a better looking stocking.


The call went out for holiday themed books, after some emails and Reddit suggestions Patrick picked three Christmas centric books.


1.  Frank Miller’s classic Bullseye with a tumor at Christmas tale in Daredevil #169.


Dad much like Scrooge is visited by three ghosts he cannot shake.


Patrick tells a story  about Dad saving him from a blizzard at Christmas time as a young paperboy.

email the show makedadreadcomics@gmail.com
Posted by Patrick at 3:50 PM No comments: 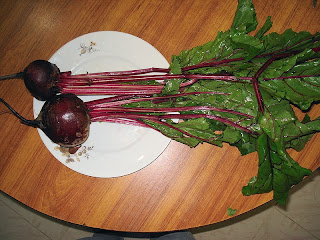 Dad is recovered from the flu and on fire in his breakdown of the first eight issues of Image Comics  Chew.


Patrick reads some emails, and Dad is somewhat interested.


Dad tells Patrick the worst part of helping Patrick move in the past is loaded up all his long boxes and bookcases of comics.

The Holiday themed books are announced


Dad finds the parody and satire of Chew interesting and is a big fan of causal cannibalism in the comic.


Patrick and Dad debate of Chew could be translated to the television screen, they question if some of the humor of the comic would not be presented in proper context for television audiences.


Patrick challenges Dad to stop looking at comics as a genre and view it as medium.


Dad just laughs the challenge off.


email the show makedadreadcomics@gmail.com
Posted by Patrick at 8:17 AM No comments: 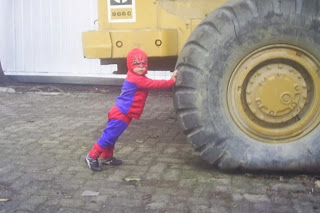 Dad is done with the flu so Patrick records a solo show.


During the Thanksgiving holiday Patrick cleans out the attic and his flash drives and finds a “script” for a Spiderman comic script.


By the dates of Monday 1993 Patrick assumes this was written while in catechism when he was supposed to be learning about the biblical stories of the saints and importance of confirmation.


The “script” is a bullet pointed and stage directed mess.


Dr. Doom, the Vulture, Venom, Carnage, the Beetle, Hobgoblin and the doom bots are involved.


A priest is killed apparently, every character is filled with catholic guilt of some level.


The Punisher is revealed to be a real voyeur that likes to watch people fight and feel sorry for their sins.

Next episode Dad is back and our duo read Chew issues 1-5.


Stitcher Link
email feedback and for contest to makedadreadcomics@gmail.com
Posted by Patrick at 8:24 PM No comments: 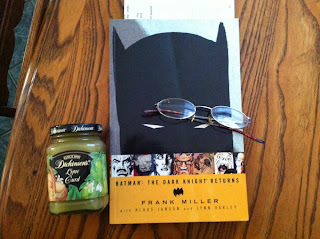 The epic conclusion to the Dark Knight Returns!


Patrick has high hopes which are quickly dashed because Dad is befuddled with issue 3.  He likes the Joker fight but the milk baby bombs leave him guessing.


Somehow Dad cannot understand that Superman has a subplot and pretty much skips large sections of dialogue.  He also thinks Joker is sleeping and somehow not dead.


Dad is redeemed in a moment of clarity with the final issue.  He realizes Frank Miller presents Superman as a avatar of the establishment and Batman the voice of the common man.


Dad and Patrick wrap things up with Gotham And Metropolis discussion, and if Superman is a difficult character to write or is he do writers need to change their approach to creating conflict for him?


Treat: Although not mentioned Lime Curd


email feedback and for contest to makedadreadcomics@gmail.com
Posted by Patrick at 9:58 AM No comments: 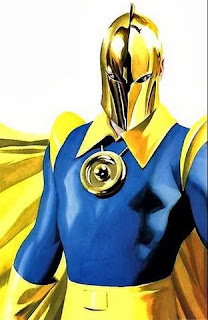 Patrick goes solo and explains how he got serious about collecting.  Dopey store owners and pogs are explained.


Patrick discovers quarter bins, and a single issue, Doctor Fate #12 blows Patrick’s mind and sucks him into a world of highly constructed nonsense!  Patrick becomes obsessed with learning who the hell is Doctor Fate, Guy Gardner, Martian Manhunter, and Darkseid? 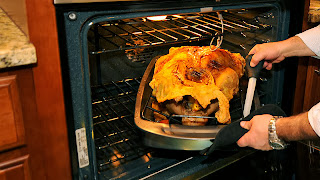 Patrick, Dad and sister Liz sit down for a pre-Thanksgiving quiz show.


Liz starts things off with a random and odd Doctor Who question.


Patrick and Liz then ask Dad some questions about what he has learned about comic after 16 weeks of reading and discussing them with Patrick.  We learn, Dad has learned almost nothing.


Liz and Dad then engage in a Patrick constructed comic book quiz showdown.


They realize Patrick is a super nerd far beyond a level than ever imagined before.


Patrick wraps the show by explaining how intellectual property and sales really drive content in the comic book industry.

Make Dad Read Comics is holding a Holiday Comics Contest!  email the show with a holiday themed comic, include a postal address and if your comic is chosen you will get some free comics!

Posted by Patrick at 8:24 AM No comments: 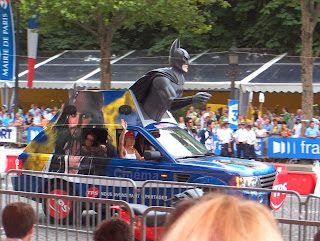 This is a biggie, our duo sit down and discuss the first two issues of Frank Miller’s Dark Knight Returns.  Patrick explains his history with reading DKR and how it had altered his view on Batman and adult storytelling.


Dad is distracted by snow outside but soon gets down to discussing 1980’s era Batman.  Dad snaps back into focus and is excited when he learns the origin of Batman and Patrick explains how the symbol of the bat engulfs his life.


Dad and Patrick discuss how this is a much different and nastier Batman than they read in Batman and the Mad Monk.  Dad still finds some dark humor in the book, with Batman’s snark laden internal monologue.


Dad and Patrick discuss the political undertones, and the Frank Miller satirizing television of the period.  Dad points out that the 1986 TV news shown in the comic is not that far off from what we see on cable news today.


Patrick and Dad wrap Batman talk up by exploring the damaged psyche of Two-Face and the concept that his scars run much deeper than his facial injury.


Part 2 comes next week and Dad thinks Frank Miller may be setting up a Superman cameo?


Patrick reads a show first, email!  Our duo admit the podcast is the result of zero planning, which should come as no shock.

Posted by Patrick at 8:07 PM No comments: 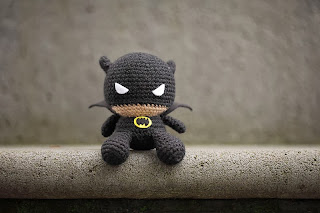 Patrick opens with pondering on what the point of bringing Dad a treat each week, when Dad has a pantry and fridge brimming with cakes, cookies, and candy.
Dad agrees and explains his favorite treat of a big slice of cake covered in cookies and ice cream.


Dad is then flummoxed with the concept of facial recognition software, and why are there so many damn Robins?


Things get back on track when our duo discuss the concept of Court of Owls being a shadow organization and crafting a secret history of Gotham.


Once the middle of the story arc is reached and Greg Capullo artwork is in full force with winding panels, hallucinations, and heavy symbolism Dad throws in the towel.  He does not realize Batman is drugged and assumes we are seeing the story from the POV of Batman….. hanging upside…..like a Bat……


Patrick and Dad both love the fight scenes and the creepy factor of the Court as a villain.  Dad is blown away that Batman got down with Talia Al Ghul and she is Robin’s baby-mommy.

Posted by Patrick at 9:46 AM No comments: