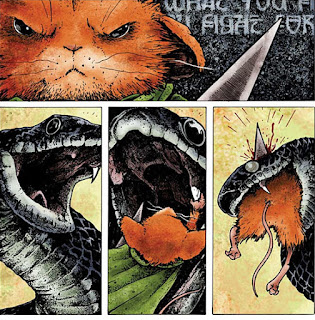 Patrick shares an email and attempts to explain what an RPG is to Dad and fails.

Patrick and Dad debate when the modern nation-state came into being and if mice belong as pets or in the wild.

Dad shares some horror stories with small creatures and Patrick has Dad give a play by play of eating lemon pie.

Next Week:  Baltimore The Plague Ships.

Email : makedadreadcomics@gmail.com
Posted by Patrick at 10:37 AM No comments:

Dad is lost in the weeds with Ryan North and Erica Henderson’s Unbeatable Squirrel Girl Vol 2 Squirrel, You Really Got Me Now.  Patrick and Dad agree it is fun but this is the book that broke the weekly comic buying for Patrick. 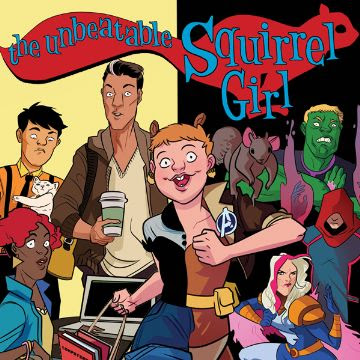 Posted by Patrick at 9:16 AM No comments:

Dad reads We3 and is not satisfied with Grant Morrison’s story but loves Frank Quitely artwork. Patrick thinks this is a film pitch made into a comic.


Patrick does not even bother telling Dad about the long history of comics being used as Intellectual Property being pitched for film scripts.  Dad has an issue with the lack of depth of the book and the very unclear narrative.


Patrick and Dad come to the conclusion that the comic may have been best told through Quietly’s art with the animals being the readers only view the world…..but what do they know?


Hear Patrick on the Wild Pitch Podcast this week!

Email : makedadreadcomics@gmail.com
Posted by Patrick at 8:08 AM No comments: 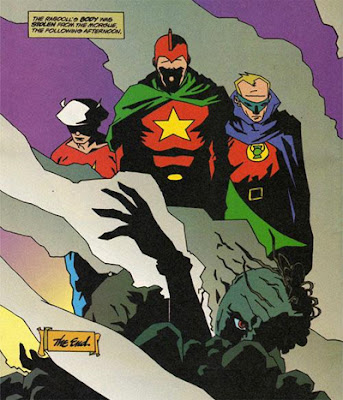 The return of Dad this week.  Nothing much has changed in the month break from the podcast.  Dad still enjoys eating sweets, being confused by comic books and still does not know the email for the podcast,

Dad returns to the show after a week’s absence to answer emails and attempts to read an entire run (17 issues) of comics, with the first volume of James Robinson’s Starman.  Next Week:  We3